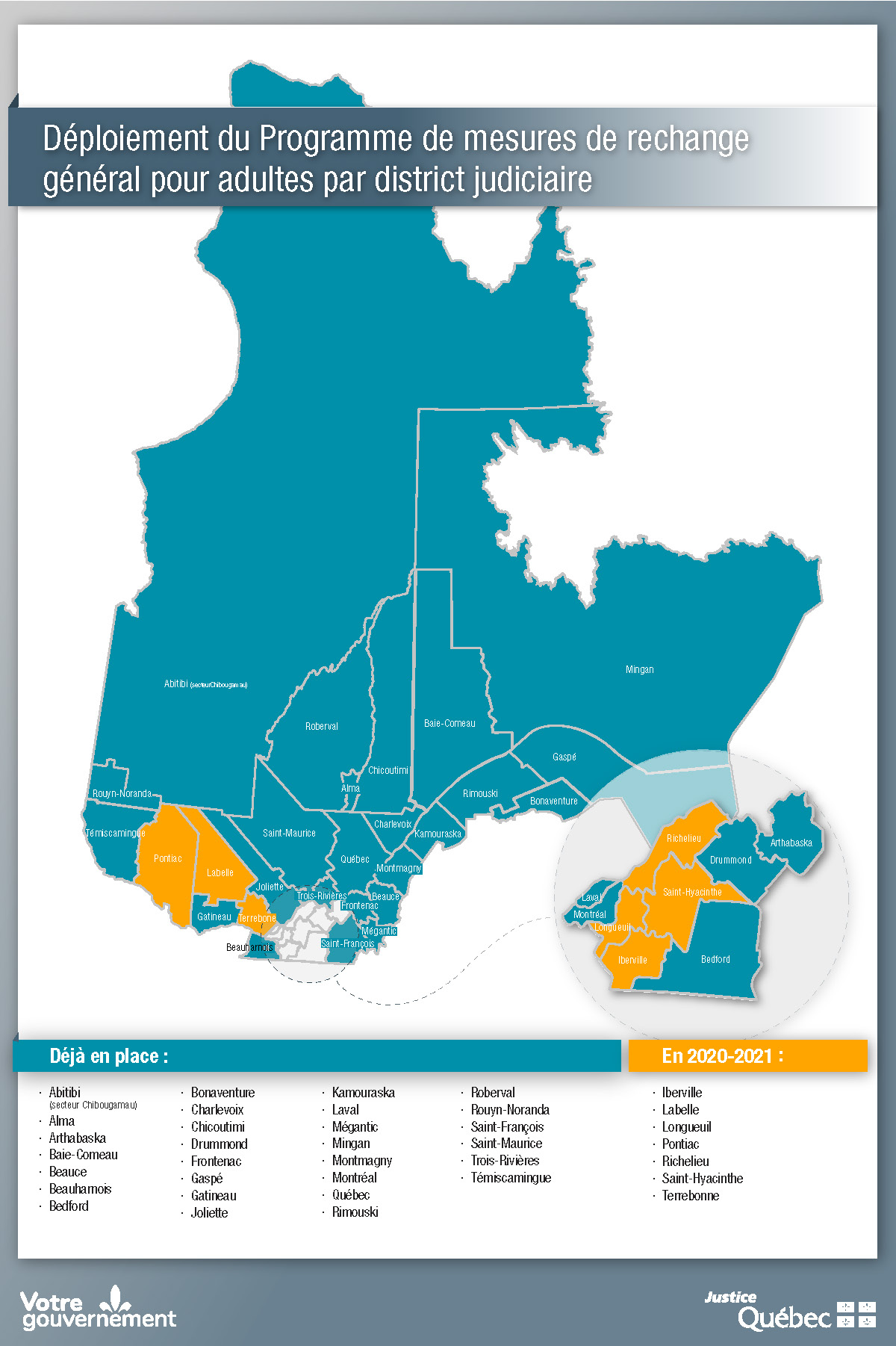 The Criminal Code provides for the application of alternative measures instead of the traditional court proceedings.

Under the Program, adult offenders charged with certain criminal offences can take responsibility for their actions and settle the dispute that brought them into the justice system, following an alternative route that does not involve the usual court proceedings prescribed by the Criminal Code.

Various alternative measures can be applied to help offenders become aware of the consequences of their actions and play an active role in compensating for the harm they have caused. The Program is also designed to reduce the likelihood than an offender will return before the justice system.

The Program is available in all districts.

Eligibility for the Program

To be eligible for the Program, an offender must meet certain conditions:

Various criminal offences are included in the Program.

To determine if an offender is eligible for the Program, the criminal and penal prosecuting attorney looks at various other factors, including: