Distribution of the inheritance in a legal succession (table)

Before any property is distributed, the surviving spouse receives half of the net value of the family patrimony and the property to which he or she is entitled under your matrimonial regime. Specific rules govern the distribution of the remainder of the succession. These rules are as follows:

The following table shows how a succession is divided when there is no will. 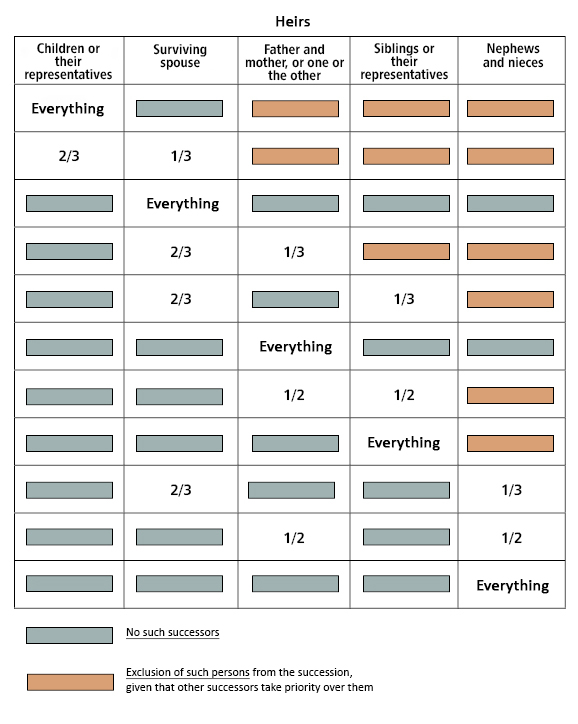